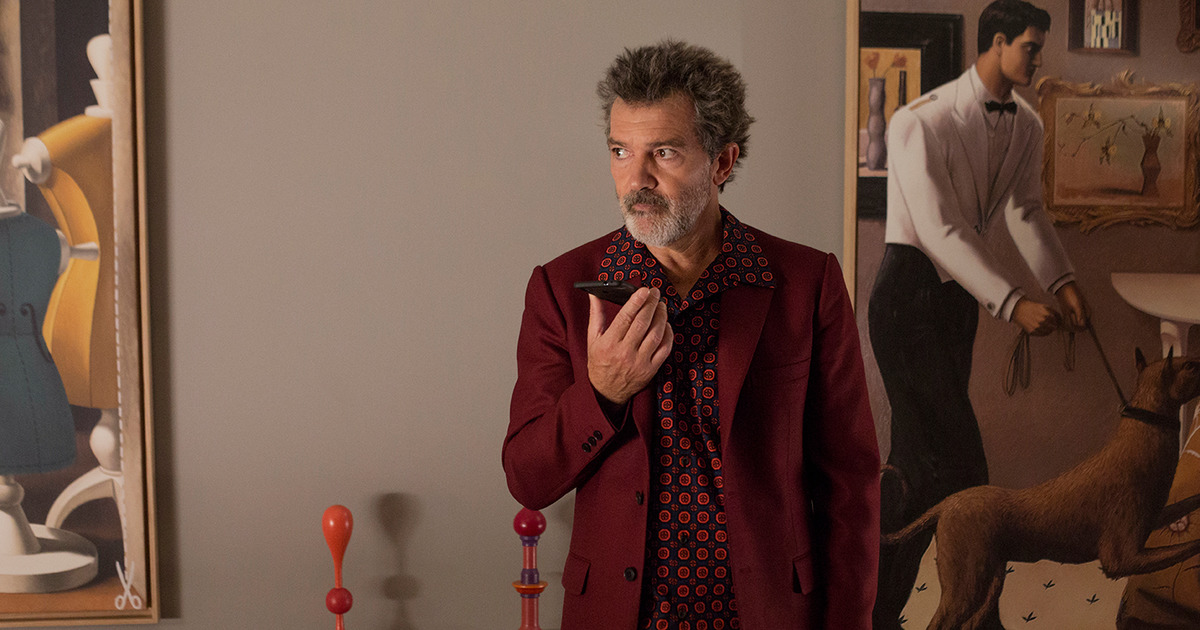 On the 10th OIFF, within the framework of the Festival of Festivals program, the most high-profile worldwide blockbuster movies will traditionally be shown. This year, among them, are the winners of the Berlin, Cannes, Venice Film Festivals. Richard Billingham, film director of Ray & Liz, Nadav Lapid, director of Synonyms film, will personally visit OIFF to represent their films. After the official show, Q&A session with directors will be held

Pain and Glory (dir. Pedro Almodóvar, Spain). A talented film director at the end of his creative path looks past and finds himself in the midst of bright memories. Tender feelings for the mother, love and separation, the search for happiness and success, all this prompts the creator to important thoughts about life and art, pain and glory.

Parasite (dir. Bong Joon-ho, South Korea). There are gloomy life prospects in the family of four unemployed. The situation is changing when the eldest son was offered a high-paid job as a tutor. He makes false documents about education with the help of his sister and comes to the luxurious estate of a wealthy businessman. Having a good impression, the eldest son learns about another open vacancy, and he has a very unusual plan for employing his sister.

Palme d'Or at the Cannes Film Festival in 2019.

Portrait of a Lady on Fire (dir. Céline Sciamma, France). The events in the film unfold in Brittany, in 1770. Artist Marian instructed to make a wedding portrait of Eloise, a young woman who has just left the monastery. Eloise is not too eager to be a bride, and Marian should not tell her about a portrait. She watches her in the day to secretly draw at night.

Best Screenplay Award for the Cannes Film Festival in 2019.

Between Two Waters (dir. Isaki Lacuesta, Spain). Isra and Cheíto are two brothers who have had very different destinies in their lives: one goes out of jail, and the other returns home after a long service in the navy. Their reunion on the island of San Fernando will bring to life the memories of the violent death of their father. In order to return to normal life, brothers will again have to become closer to each other.

Ray & Liz (dir. Richard Billingham, Great Britain). In a remote social circle on the outskirts of Birmingham, the Billings family carries out extraordinary rites and violates social taboos trying to give advice to their lives, which is determined by the factors beyond their control. Three episodes, occasionally shocking and anxiously funny, recreate the experience of growing up in a communal apartment in Black Country.

Special Jury Prize at the 2018 Locarno International Film Festival. Richard Billingham, the film director as well as the world-renowned photographer will personally present this film at OIFF. In addition, after the film is shown, Q&A session with the director will be held.

Synonyms (dir. Nadav Lapid, France/Israel/Germany). The young Israeli Yoav decides to break ties with the past and become a Frenchman. In Paris, he leaves Hebrew and struggles to find a new identity for himself. The dictionary becomes its regular companion.

Golden Bear for Best Film at the 2019 Berlinale. Nadav Lapid, the director of the film will personally come to to the 10th OIFF to present his film and after the film is shown he will hold Q&A session.

Bacurau (dir. Kleber Mendona Filho, Juliano Dornelles, Brazil/France). A few years from now - Bacurau, a small town in the Brazilian sertão, mourns the loss of its matriarch, Carmelita, who lived to be 94. Days later, its inhabitants notice that their community has vanished from most maps.

Jury Prize at the Cannes Film Festival in 2019.

Manta Ray (dir. Phuttiphong Aroonpheng, Thailand/France/China). Near a coastal village of Thailand, by the sea where thousands of Rohingya refugees have drowned, a local fisherman finds an injured man lying unconscious in the forest. He rescues the stranger, who does not speak a word, offers him his friendship and names him Thongchai. But when the fisherman suddenly disappears at sea, Thongchai slowly begins to take over his friend's life - his house, his job and his ex-wife.

Orizzonti Award for Best Film at the 2018 Venice Film Festival.

Beanpole (dir. Kantemir Balagov, Russian Federation). 1945, Leningrad. WWII has devastated the city, demolishing its buildings and leaving its citizens in tatters, physically and mentally. Two young women search for meaning and hope in the struggle to rebuild their lives amongst the ruins. Two young women - Iya and Masha - are looking for meaning and hope, trying to rebuild their lives among the ruins.

The Realm (dir. Rodrigo Sorogoyen, Spain/France). Manuel López-Vidal is the favourite of voters in his district. He is also a corruptor, who has been enriched by the budget for many years. Manuel was revealed after trying to get his colleague's back. Surprisingly, his party's members are about to shift the burden of responsibility on his shoulders. But he is not going to give up. What can a person dare to stay in power?

Official Selection at the 2018 San Sebastián International Film Festival, the film is the winner of 28 prizes, including 7 awards of Goya Award – the Spain's National film awards.

Recall that the anniversary 10th Odesa International Film Festival will be held from July 12th - 20th.