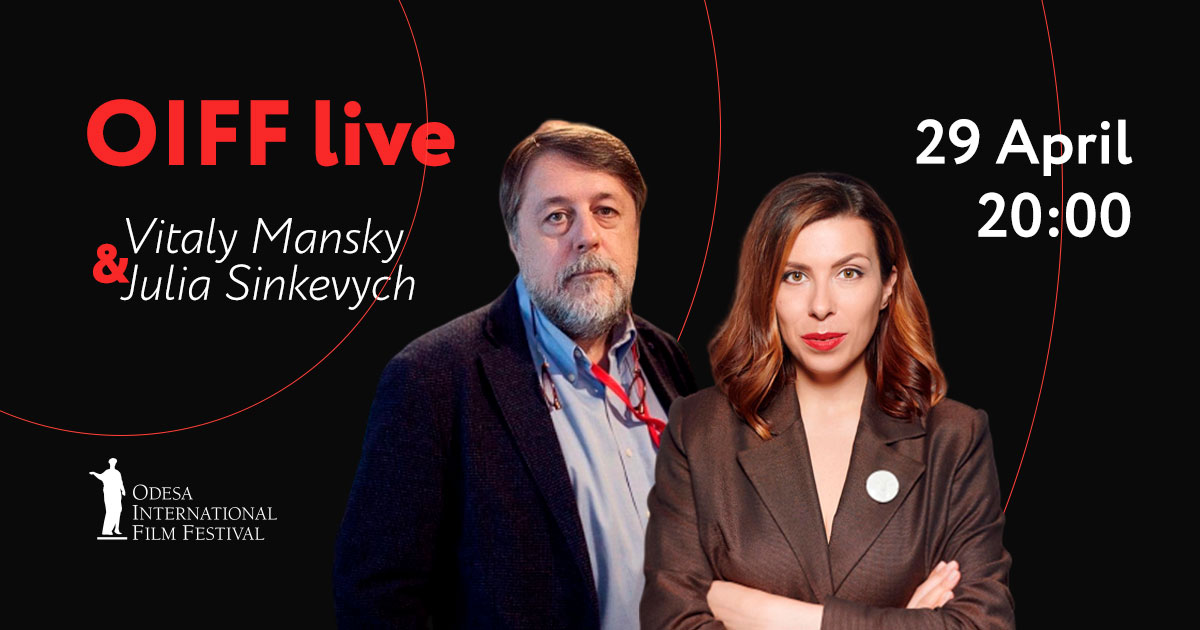 This Wednesday Odesa International Film Festival will go live with another episode of streams with representatives of the world film industry. Film director Vitaly Mansky, known in particular for his latest documentary “Putin's Witnesses”, will become the guest of the live stream. The audience could have seen the film within non-competition program 'Special screenings' at the 10th OIFF.

Vitaly Mansky is a documentary filmmaker, screenwriter and producer. Born in Lviv, he currently resides in Latvia. He began his career with his own TV-show about cinema. Mansky is known for his films "Jewish Happiness", "Close Relations", "Anatomy of T.A.T.U.", "Pipeline", "Under the Sun", "Putin's Witnesses" and others. The director's films have earned more than a hundred awards at various international film festivals - Karlovy Vary IFF, Tallinn Black Nights Film Festival and Locarno International Film Festival to name a few. In 2018 the world premiere of the documentary "Putin's Witnesses" took place in the official documentary competition at the Karlovy Vary International Film Festival, where it was recognized as the "Best Documentary". Through testimonies from Gorbachev, Yeltsin, and the current Russian president himself, Mansky tells the story of how Putin rose to power and held his position for nearly two decades. Next year in 2019 Vitaly Mansky personally presented the film to the audience of the 10th anniversary Odesa International Film Festival.