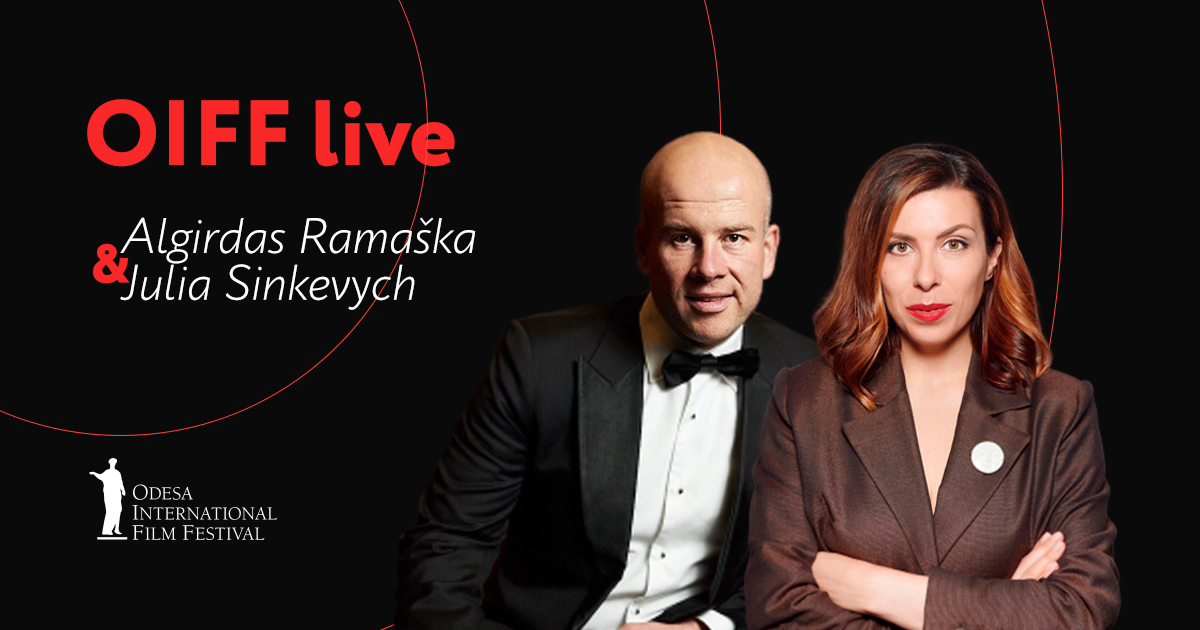 The CEO of Vilnius International Film Festival 'Kino Pavasaris'Algirdas Ramaška became the 4th guest of the OIFF Live. In a conversation with the constant host of the project, the general producer of the Odesa International Film Festival Julia Sinkevych, he spoke about the challenges faced by the festival team during the pandemic and future films about the coronavirus.

Here are some notes from the live talk.

A lot has changed lately and it all has happened very quickly. We are trying to understand what is happening. However, I promised myself and the audience that the festival will take place in spite of everything. We never considered the option of canceling the festival, including due to the financial risks. So we went online and made that decision very quickly. On the one hand, we were scared, but on the other - very excited, because it was an experience, especially with a team like ours. However, there was one thing we had to deal with - purchased tickets. We had to develop a system of refunds. And we decided to avoid any mention of the coronavirus to reduce the amount of negative news and focus on the positivity.

We had 2 events planned: a presentation of the culinary section and a private event for sponsors. And we thought: "we have good food and wine". So we asked the partners to bring everything to our new office and invited the whole team. There were about fifty people there and we had a crazy dance party.

The situation we found ourselves in is very revealing. We do not meet each other in person, we cannot understand the exact emotions and feelings of everyone. But we are working even harder, because we have to be better in the current situation.

When we all were trapped in isolation, I thought that a lot more people would watch movies. But it turned out that people are constantly working in quarantine, they have a lot of things to do, including cooking, cleaning, teaching children and so on.

It's a shame that the online format is not the same as being in a movie theater. It's a certain atmosphere. It's even more difficult for older people, more traditional ones so to say. But you need to adapt. For example, as movie theaters did - they haven't had such an amount of attendees in a while.

The most difficult thing is to make a decision. Many are just waiting for a miracle. But it will not happen until you accept this challenge and find new opportunities in it.

Films about the pandemic may appear in the future. And if you can make a good movie about the coronavirus, do it. But it will be good not because of its theme.