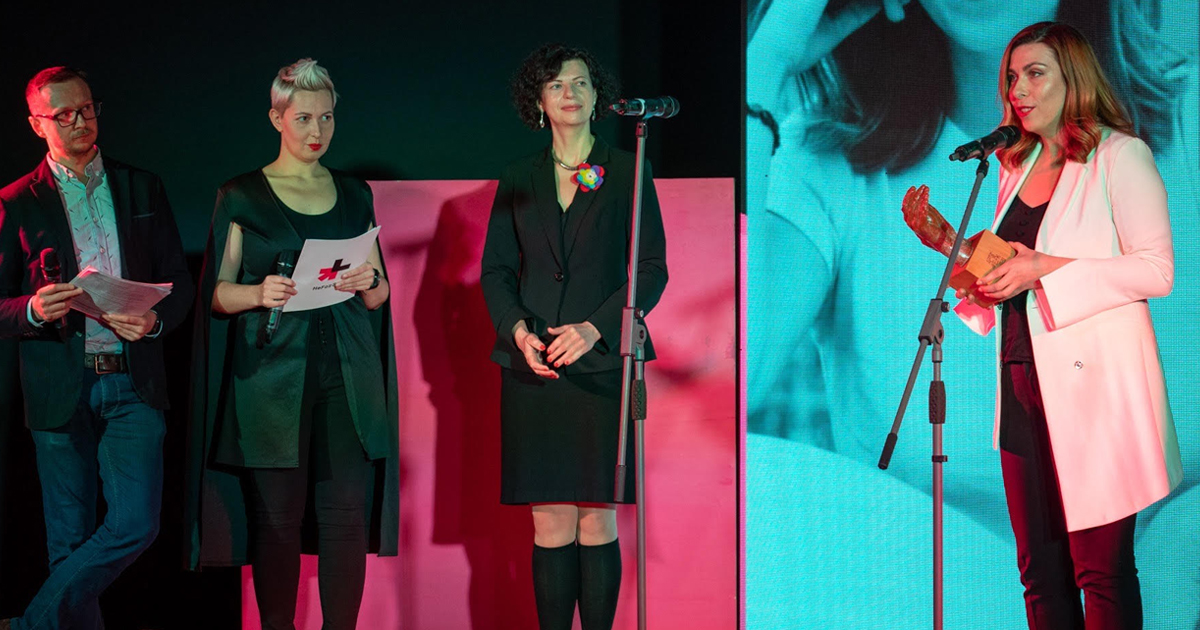 The award ceremony for Women in Arts 2020 took place in Kyiv, March 12. General producer of the Odesa International Film Festival Julia Sinkevych was recognised for her achievement in Cultural Management

Women who help artists organize or present their activities such as curators, film producers, organizers of music and film festivals, cultural forums, etc competed in the category ‘Cultural Management.’

“There are many women working in the cultural sphere. At the same time few of them hold decision making positions, as it is still often considered to be “not a female job”. Often this idea is shared not only by men, but by women themselves. So now it is really important to support one another and prove them wrong with our work. We face great challenges today. And I am sure that women who hold top positions in the cultural sphere will find an effective way to turn the crisis into opportunities,” Julia Sinkevich said.

The Women in Arts Award aims to establish a tradition of recognizing women's contributions to culture both in Ukraine and abroad. It encourages women with creative jobs in such nominations as: Women in Visual Arts, Women in Music, Women in Theater and Cinema, Women in Literature, Women in Cultural Management, Women in Cultural Journalism, Critique and Research. The later nomination has been established this year.

Women in Arts is an independent award, established in 2019 by the United Nations in partnership with the Ukrainian Institute within the global solidarity movement for gender equality 'HeForShe'.