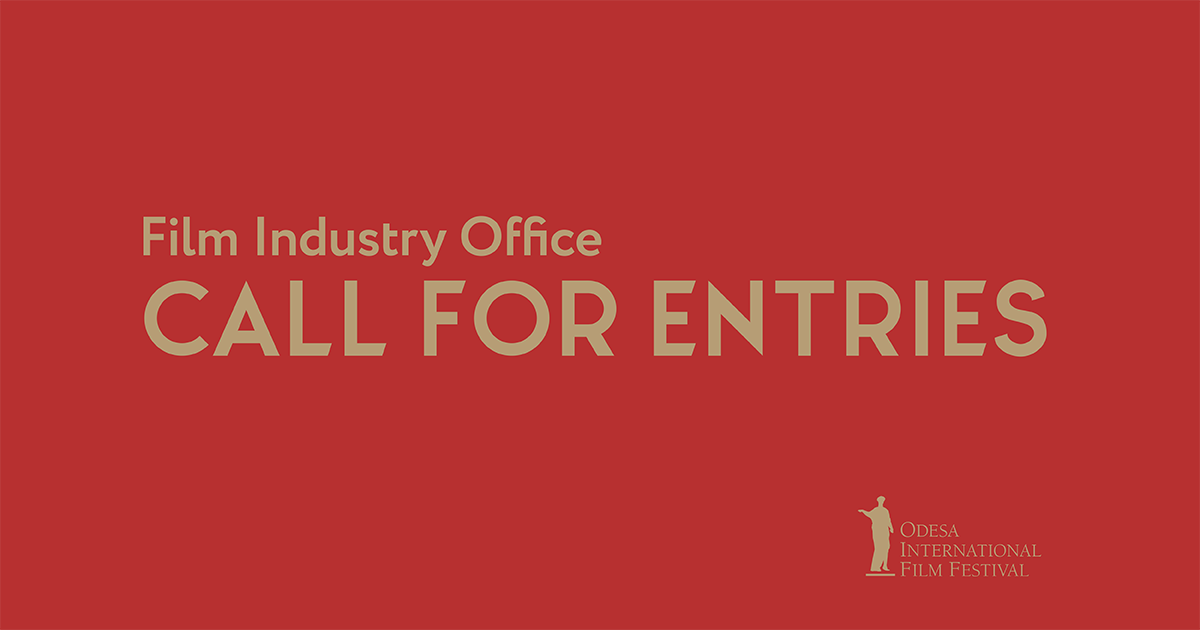 Applications for Pitching, Work in Progress and EastSeries programmes of the Film Industry Office, the professional section of the 11th Odesa International Film Festival, are accepted till 1 August 2020

Due to the COVID-19 pandemic and related quarantine restrictions worldwide this year’s edition of the Odesa International Film Festival will be held online for the first time. Moreover, the dates of the 11th OIFF have been changed: traditionally held in July, the festival will take place in autumn - from September 25 to October 3. Film Industry Office 2020 also will be held online from September 29 to October 2.

The Film Industry Office section is a platform for professional communication, support and development of Ukrainian film industry as well as for its presentation to the international community. The section annually hosts Pitching, Work in progress and EastSeries (drama series competition) presentations. In 2020 a joint project with the International Book Arsenal Festival - Book Pitch - was added to the programme. The aim of the project is to find modern Ukrainian books that have the potential for film adaptation.

The Odesa International Film Festival also continues the collaboration with the countries of the Eastern Partnership. OIFF Expanded project, which was launched last year, includes productions from Armenia, Azerbaijan, Belarus, Georgia and Moldova. The feature and documentary films in development will be selected by an authoritative commission through scouting and internal selection in the above-mentioned countries and invited to the relevant sections of the Film Industry Office.

“_This year we are trying a new format for the first time and try to look at it as an opportunity rather than a challenge. We have already seen successful examples of remote professional events: the Copenhagen International Documentary Festival CPH:DOX, the Series Mania TV festival, which launched the Digital Forum online platform. Despite the fact that the Cannes Film Festival did not take place in 2020, the organizers did not refuse to hold one of the largest European film markets, Marché du Film. Film Industry Office will be held for the first time within the Odesa International Film Festival in online format, which will allow more participants of the film industry to join the section. This will create networking for industry professionals who previously did not have the opportunity to come to Odessa.

The crisis, due to which some festivals have been completely canceled and some postponed indefinitely, has shown how important it is for the industry to be united. General confusion and restrictive measures around the world have slowed down all processes. We strive to support projects, both Ukrainian and foreign, that find themselves in a situation of uncertainty. The pandemic has clearly demonstrated that despite the difficulties and challenges, we are all able to create something new and look for alternative ways to implement it_”, Julia Sinkevych, the general producer of the Odessa International Film Festival, said.

Applications for participation in the programmes of the Film Industry Office are accepted till 1 August 2020. The list of the finalists that will participate in the pitching sessions will be announced 17 August 2020. Project presentations at the Odesa International Film Festival will take place within the events of the Film Industry Office section from 29 September to 2 October 2020 in online format.