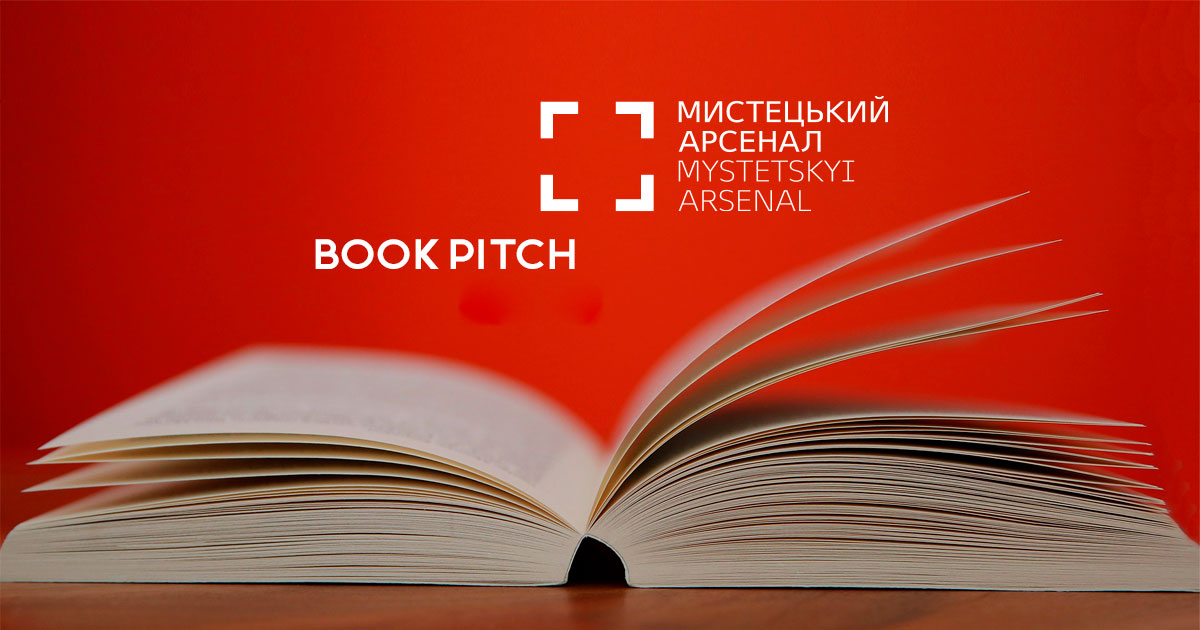 The aim of the project is to find contemporary Ukrainian books that have the potential for film adaptation. The first stage of Book Pitch will take place during the X Book Arsenal (May, 20-24). The final stage will be held within the Film Industry Office at the Odesa International Film Festival (July, 10-18).

Applications for Book Pitch are accepted from February 28 till March 31. Up to 15 finalists will be selected by a committee, which will include film critics, producers, directors, screenwriters and literary critics. The authors will be invited to participate in the pitching on May 22-23 at the Book Arsenal in Kyiv. The experts will select five winners, whose works will be presented to Ukrainian and international film industry at the Film Industry Office in Odesa in July.

You can apply for the project on the website of the Odesa International Film Festival: http://bit.ly/OIFF_Book_Pitch Competition is open for literary works published in 2018-2020 with a circulation of at least 1000 copies that have the potential for film adaptation. Literary works must have positive critical reviews. Preference will be given to works presented at the international festivals and book fairs and recognized with awards. The applicant guarantees to hold all the necessary adaptation rights. Applications can be submitted by authors, publishers and literary agents. One applicant can submit no more than 5 works.

“The Book Arsenal is above all valuable for its interdisciplinary character. That is why we are interested in such collaborations with organizations and initiatives that go beyond the literary circle. We hope that this pitching project will stimulate the literary community and promote the works of contemporary Ukrainian authors, and the participants will gain new interesting experience and get expert review of their ideas,” Book Arsenal Coordinator Yuliia Kozlovets says.

"The synergy of literature and cinema is an important component of the country's cultural paradigm," Julia Sinkevych, general producer of the Odesa International Film Festival, comments. "The Book Pitch is not just about finding contemporary books that can potentially be turned into movies. This is an opportunity for writers to introduce their works to the international film professionals, who are always in search of new ideas and quality scripts. I am sure that such cooperation will be an important step in the integration of contemporary Ukrainian literature into national and international cinema.”

The International Book Arsenal Festival is an intellectual event in Ukraine, where the book, literary and artistic scenes develop and interact with each other, and joint high-quality, timely and innovative projects are implemented. Each year, the program of the Festival raises and reflects the important issues of human existence, as well as society and culture, prompting the proactive position of the participants and visitors. The mission of the Book Arsenal Festival is to create such interactions when the combination of aesthetic experience and intellectual engagement in the context of the book enhances the ability of man and society. In 2020, the Festival will be held for the 10th time, organized by Mystetskyi Arsenal.