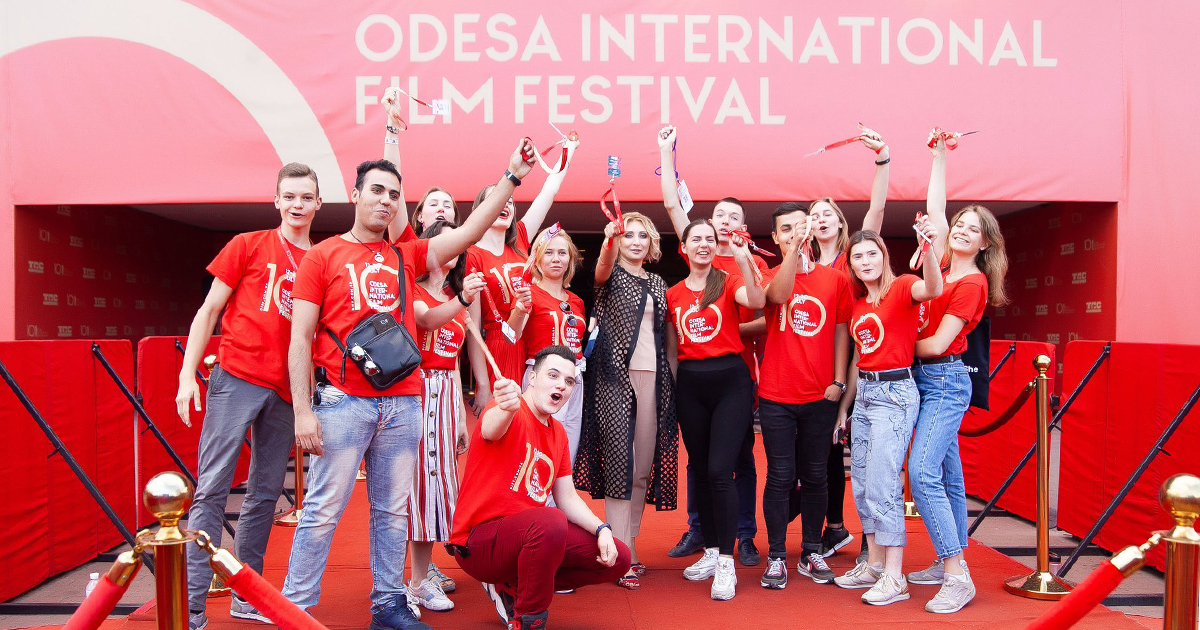 If you want to become a part of the biggest film event of this summer, the 11th Odesa International Film Festival, be the first one to watch new films from around the globe, meet in person movie stars, and, most importantly, gain an exceptional organization experience, hurry up to fill out a volunteer application form from February 1 until May 24, 2020.

Over 10 editions of OIFF more than a thousand people have joined the festival volunteer family, many of them have already become part of the professional team of the Odesa International Film Festival. 300 volunteers assisted in organizing the 10th anniversary festival including representatives of Morocco and the United States in addition to Ukrainians. This year you have the opportunity to become part of a volunteer team of one of the biggest film festivals in Eastern Europe!

Here is what you need to know about the work of the volunteers and the skills you need to posses:

In addition to the application form on the website of the Odesa International Film Festival, each applicant must undergo an individual interview. Hurry up to join the big OIFF volunteer family and spend an unforgettable summer in company of movie stars.

We remind you that the 11th Odesa International Film Festival will be held from July 10 to July 18, 2020.